Open FM is one of the most famous online radio station on Poland. Open FM broadcasts both Poland and international music that varies too from genre to genre. Although their main genre of choice is Pop and Rock but they don’t have any problem playing songs from genres like hip hop, urban, r n b etc. Open FM main vision is to play what their listeners will listen or if saying the other way what their listeners would like to listen. As Poland has its own beautiful tradition of music and culture Open FM most of the time tries to play songs and arrange programs that’s gonna represent its own tradition of music and culture.

Polish folk music was collected in the 19th century by Oskar Kolberg, as part of a wave of Polish national revival. With the coming of the world wars and then the Communist state, folk traditions were oppressed or subsumed into state-approved folk ensembles. The most famous of the state ensembles are Mazowsze and Śląsk, both of which still perform. Though these bands had a regional touch to their output, the overall sound was a homogenized mixture of Polish styles. There were more authentic state-supported groups, such as Słowianki, but the Communist sanitized image of folk music made the whole field seem unhip to young audiences, and many traditions dwindled rapidly.Polish dance music, especially the mazurka and polonaise, were popularized by Frédéric Chopin, and they soon spread across Europe and elsewhere. 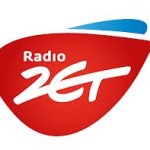 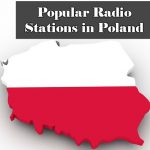