Campus radio (also known as college radio, university radio or student radio) is a type of radio station that is run by the students of a college, university or other educational institution. Programming may be exclusively by students, or may include programmers from the wider community in which the radio station is based. Sometimes campus radio stations are operated for the purpose of training professional radio personnel, sometimes with the aim of broadcasting educational programming, while other radio stations exist to provide an alternative to commercial broadcasting or government broadcasters. 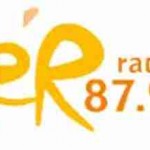