RMF 50s live broadcasting from Poland. RMF 50s is for the music lovers who intend to listen music that gives them listening pleasure of old classic music with the blend of various genres, decades, countries and even artists. Musical journey. after 50 years king Elvis and other great artys’ci, including Little Richard, Frank Sinatra, Buddy Holly, Chuck Berry and the Everly Brothers. Discover the world of old musical era and starts listening RMF 50s.

Oldies is a radio format that concentrates on music from a period of about 25 to 55 years before the present day. In the 1980s and 1990s, “oldies” meant the 15 years from the birth of rock n roll to the beginning of the singer-songwriter era of the early 1970s, or about 1955 to 1972, although this varied and some stations chose 1950–1969. After 2000, 1970s music was increasingly included, and early 1980s music is beginning to also be called “oldies”, though the term “classic hits” is used to distinguish the “new” oldies (the Generation X oldies) from the “old” oldies (the Baby Boomer oldies). 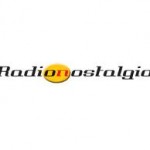