Rádio Renascença, also known as ‘RR’ or just ‘Renascença’ (Renaissance in English), is a private, commercial radio station in Portugal, owned by various organizations within the Portuguese Catholic Church: among others, the Patriarchate of Lisbon. Founded in 1934, it began broadcasting in 1936. Renascença owns another three stations: RFM (the most listened-to radio station in the country), Mega Hits FM, and Rádio Sim (a channel aimed at listeners over 55). Some programs, notably newscasts and religious events, are broadcast simultaneously on both Rádio Renascença and Rádio Sim. Rádio Renascença is available in mainland Portugal on FM. Rádio Sim is available on medium wave, covering most of mainland Portugal, as well as on FM in some regions. RR (Rádio Sim)’s most powerful medium-wave transmitter – operating on a frequency of 594 kHz with a power of 100 kW (although currently using 60 to 80 kW) – is situated near the village of Muge, some 75 km north-east of Lisbon. It is a 259-meter-high guyed mast radiator and also Portugal’s tallest structure. 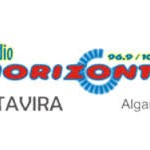