Campus radio stations are generally licensed and regulated by national governments, and have very different characteristics from one country to the next. One commonality between many radio stations regardless of their physical location is a willingness — or, in some countries, even a licensing requirement — to broadcast musical selections that are not categorized as commercial hits. Because of this, campus radio has come to be associated with emerging musical trends, including genres such as punk and new wave,alternative rock, indie rock and hip hop, long before those genres become part of the musical mainstream. Campus radio stations also often provide airplay and promotional exposure to new and emerging local artists.

Many campus radio stations carry a variety of programming including news (often local), sports (often relating to the campus), and spoken word programming as well as general music. Often the radio format is best described as a freeform, with a lot of creativity and individualism among the disc jockeys and show hosts. A number of these radio stations have gained critical acclaim for their programming and are considered by the community in which they are embedded to be an essential media outlet. 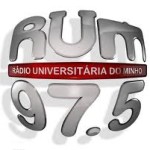