Rádio Zero (also called Zero) is a non-profit webradio with an academic origin and nature, based at the Instituto Superior Técnicocampus in Lisbon. Its stated mission is to serve as a free access to production and broadcast of radio programs by society in general. Its programming is filled with author programmes, ranging from the conventional or informative, to the more experimental where radio is considered an artwork. Zero broadcasts online continuously. It also does temporary FM events. Rádio Zero is a founding member of Radia, an international radio network of independent radio stations. In the 50s there was a section dedicated to classical music broadcasting through the speakers of AEIST building. In his speech at the formal sitting celebrating the centenary of AEIST, Mário Lino, the Minister of Public Works, Transportation and Communication in the 17th Constitutional Government of Portugal, mentioned that he had taken part in activities of this section while a student in Instituto Superior Técnico.

In May 2002, a group of students of IST, composed by Alexandre Rio, André Duarte, André Santos, Bartolomeu Bernardes, Bernardo Mendes, David Santos, Edgar Lopes, Joana Batista, João Aguiar, João Pina, Ricardo Ramires, Ricardo Ressureição and Tiago Carvalho, decided to reactivate the extinct RIIST. Some of them ran for the administration of the student’s union AEIST (cultural and creative section), whereas others were non-official supporters of the other candidates. Despite not being elected, the whole group decided in that same September to start the procedures to reopen RIIST. In 2003 several students recovered the radio section. The broadcast restarted on April 26, 2004. In 2005, during the Transmediale in Berlin, the RIIST co-founded and presented along with nine other radio stations (Resonance FM, UK; Bootlab, Germany; Tilos Radio, Hungary; Radio Campus, Belgium; Kunstradio, Austria; Orange, Austria; Radio Cult, Bulgaria; Kanal103, Macedonia; and Oxygen, Albania) the radio network Radia. 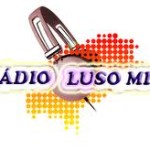