Al Jazeera Satellite Channel now known as (AJA) was launched on 1 November 1996 following the closure of the BBC’s Arabic language television station, a joint venture with Orbit Communications Company. The BBC channel had closed after a year and a half when the Saudi government attempted to suppress information, including a graphic report on executions and prominent dissident views.

The Emir of Qatar, Sheikh Hamad bin Khalifa, provided a loan of QAR 500 million ($137 million) to sustain Al Jazeera through its first five years, as Hugh Miles detailed in his book Al Jazeera: The Inside Story of the Arab News Channel That Is Challenging the West. Shares were held by private investors as well as the Qatar government.

Al Jazeera Arabic Building
Al Jazeera’s first day on the air was 1 November 1996. It offered 6 hours of programming per day; increased to 12 hours by the end of 1997. It was broadcast to the immediate neighborhood as a terrestrial signal, and on cable, as well as through satellites (which was also free to users in the Arab world), although Qatar, like many other Arab countries, barred private individuals from having satellite dishes until 2001.

At the time of Al Jazeera’s launch, Arabsat was the only satellite broadcasting to the Middle East, and for the first year could only offer Al Jazeera a weak C-band transponder that needed a large satellite dish for reception. A more powerful Ku-band transponder became available as a peace-offering after its user, Canal France International, accidentally beamed 30 minutes of pornography into ultraconservative Saudi Arabia. 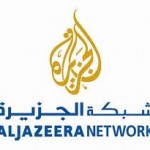