The Miercurea Ciuc, Targu Mures, Transylvania Marosheviz leather seats and radiant FM radio was launched in 2007 as a production company. Extensive areas of 30 different titles are produced in 12 radiant Erdely Hungarian commercial radio stations and radio networks. These include economic panel surveys, news headlines, background materials.
From 2008, the Erdely FM 24-hour online radio, from May 2009 to the terrestrial station. Currently in Miercurea Ciuc, the 88.1-inch, 97.1-in Targu Mures and frequency of 105.4 and Maroshéviz and Borszékon via broadcast. Nevertheless, the Erdely FM is not local but regional media defines itself as having a generally active population, especially the middle class audience.
Erdely is a priority for the FM to become a real regional Radiova, so the next time continue networking in addition to the construction of the content. Erdely FM hope that in the medium term 6-8 Transylvanian city, a real efficiency of regional radio can operate. 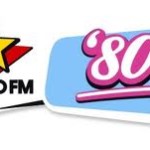 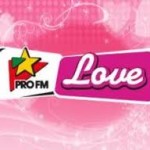