Romania is a European country with a multicultural music environment which includes active ethnic music scenes. Romania also has thriving scenes in the fields of pop music, hip hop, heavy metal and rock and roll. During the first decade of the 21st century some Europop groups/artists, such as Tom Boxer, Morandi, Nicolae Guță, Connect-R, Akcent, Edward Maya, Alexandra Stan, Inna and Yarabi, achieved success abroad. Traditional Romanian folk music remains popular, and some folk musicians have come to national (and even international) fame.Folk music is the oldest form of Romanian musical creation, characterised by great vitality; it is the defining source of the cultured musical creation, both religious and lay. Conservation of Romanian folk music has been aided by a large and enduring audience, and by numerous performers who helped propagate and further develop the folk sound. One of them, Gheorghe Zamfir, is famous throughout the world today, and helped popularize a traditional Romanian folk instrument, the panpipes. 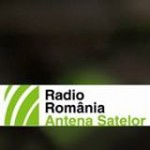