Romania is a European country with a multicultural music environment which includes active ethnic music scenes. Romania also has thriving scenes in the fields of pop music, hip hop, heavy metal and rock and roll. During the first decade of the 21st century some Europop groups/artists, such as Tom Boxer, Morandi, Nicolae Guță, Connect-R, Akcent, Edward Maya, Alexandra Stan, Inna and Yarabi, achieved success abroad. Traditional Romanian folk music remains popular, and some folk musicians have come to national (and even international) fame.

An important development in the popular music happened with the arrival of the communist regime, that took an interest in the popular music (for its tie with the masses) and imposed its own aesthetics.[4] The music become standardized with short and simple structures as opposed to the longer and more irregular song structures that frequently occur in the traditional music. Improvisation, that plays an important part in both the peasant and the lăutărească music, was completely left out. 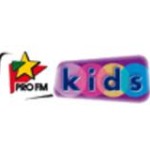