Radio 247 FM is one of the most famous online radio station on Romania. Radio 247 FM welcome all of you to the house of entertainment that has been designed to give you the best radio experience no matter whether you are living in Romania or anywhere else in the world. With songs from the popular music artists of Romania and from the whole world, this is all set to take you to a musical world where you are gonna come again and again. The playlists of Radio 247 FM also contains genres like pop, rap, rock, hip-hop, trance, electro house, country, soft etc. So, be with Radio 247 FM and get entertained 24/7.

Blues is a genre and musical form that originated in African-American communities in the “Deep South” of the United States around the end of the 19th century. The genre developed from roots in traditional African music, combined with European-American folk music. Blues incorporated spirituals, work songs, field hollers, shouts, and chants, and rhymed simple narrative ballads. The blues form, ubiquitous in jazz, rhythm and blues and rock and roll, is characterized by the call-and-response pattern, the blues scale and specific chord progressions, of which the twelve-bar blues is the most common. 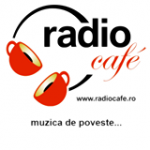 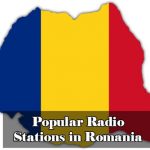