Radio Wish welcome all of you to the house of entertainment that has been designed to give you the best radio experience no matter whether you are living in Romania or anywhere else in the world. With songs from the popular music artists of Romania and from the whole world this is all set to take you to a musical world where you are gonna come again and again. The playlists of Radio Wish also contains genres like pop, rap, rock, hip-hop, trance, electro house, country, soft etc. So, be with Radio Wish and get entertained 24/7.

House music is a genre of electronic dance music that originated in Chicago in the early 1980s. It was initially popularized in Chicago, circa 1984. House music quickly spread to other American cities such as Detroit, New York City, and Newark – all of which developed their own regional scenes. In the mid-to-late 1980s, house music became popular in Europe as well as major cities in South America, and Australia.[18] Early house music commercial success in Europe saw songs such as “Pump Up The Volume” by MARRS (1987), “House Nation” by House Master Boyz and the Rude Boy of House (1987), “Theme from S’Express” by S’Express (1988) and “Doctorin’ the House” by Coldcut (1988) in the pop charts. Since the early to mid-1990s, house music has been infused in mainstream pop and dance music worldwide. 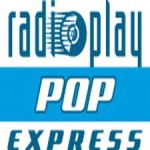