On August 14, 2007 was born SMART FM – natural response to the necessity of a metropolis like Bucharest of a radio station to seduce elite residents. A premium radio with music, adult style, attitude and information. Smart FM is a Romanian internet based online radio station which is based in Bucuresti. Smart FM broadcasts only the best and ancient Romanian jazz and pop music to make their listeners droll for the music. This radio is a perfect place for those culture, jazz, pop and folk songs lovers of Romania who like to get connected with Romanian music.

Pop music is eclectic, and often borrows elements from other styles such as urban, dance, rock, Latin, and country; nonetheless, there are core elements that define pop music. Identifying factors include generally short to medium-length songs written in a basic format as well as the common employment of repeated choruses, melodic tunes, and hooks. Throughout its development, pop music has absorbed influences from most other genres of popular music. Early pop music drew on the sentimental ballad for its form, gained its use of vocal harmonies from gospel and soul music, instrumentation from jazz, country, and rock music. 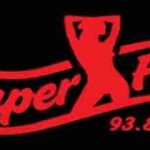