NBC Radio lives broadcasting from Saint Vincent. NBC Radio is an international online radio station playing fresh Reggae, Hip Hop music for a global audience. NBC Radio is an independent station for the online generation, connecting those who already have a strong connection with Kingstown, Saint Vincent, and the Grenadines. NBC Radio is one of the most famous online radio station in Saint Vincent. The National Broadcasting Corporation exists to promote National Development through the production and broadcasting of information, education, and entertainment programs, to Vincentians, in a timely, efficient and professional manner. To be the premiere Broadcast Station in the OECS, which is well managed, self-sustaining with competent and dedicated staff delivering popular and entertaining programs geared towards the development of St. Vincent and the Grenadines.

Radio in St.Vincent and the Grenadines started as a private enterprise, operated from the Kingstown residence of Mr. Weston Lewis, an Amateur (Ham) Radio Operator – VP2SA, who chose to start broadcasting in the early 1950s. His broadcast continued until 1957 when St.Vincent signed onto the Windward Islands Broadcasting Service – WIBS, which began in neighboring Grenada in 1954. WIBS was a short-wave radio network that linked the four Windward Islands (St.Vincent and the Grenadines, Grenada, Dominica, and St. Lucia) by short-wave transmitters for special programming and News following which each Island transmitted its own local programming.

NBC Radio St.Vincent and the Grenadines, still known to many older listeners as WIBS, transmitted on 705 Kilo-Hertz in the Medium Wave Broadcast Band. The main studios were linked to the transmitting site, located at Brighton on the South Eastern coastline, by Studio to Transmitter Link (STL). The STL utilizes the commercial FM band which allows our audience to listen to NBC Radio St. Vincent and the Grenadines’ programming on 88.7 FM. A relay station was subsequently added which transmits on 107.3 FM. 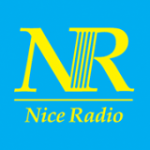 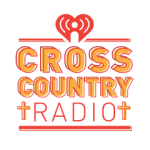 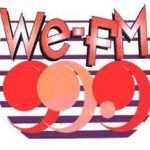