Arab music, while independent and flourishing in the 2010s, has a long history of interaction with many other regional musical styles and genres. Many European scholars claim that Arabic music has Persian origins. It is an amalgam of the music of the Arab people in the Arabian Peninsula and the music of all the peoples that make up the Arab world today. As was the case in other artistic and scientific fields, Arabs translated Greek texts and works of music and developed the musical theory of the Greeks (i.e. Systema ametabolon, enharmonium, chromatikon, diatonon). Bartol Gyurgieuvits (1506–1566) spent 13 years as a slave in the Ottoman empire. After escaping, he published De Turvarum ritu et caermoniis in Amsterdam in 1544. It is one of the first European books to describe music in Islamic society. In India, the Islamic Mughal emperors ruled both Muslims and Hindus. The greatest of these, Akbar (1542–1605) had a team of at least fifty musicians, thirty-six of whom are known to us by name. The origins of the “belly dance” are very obscure, as depictions and descriptions are rare. It may have originated in pre-Islamic Arabia. Examples have been found from 200 BCE, suggesting a possible pre-Islamic origin. 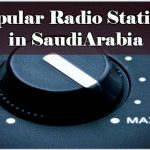 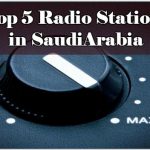