In a large crowd noise , the stress and pressures of all kinds, is a real challenge to find music and message that provides guidelines for a better spiritual and physical life. Through a simple series of lectures and musical programs we want to encourage you that it is possible to change the life and habits in a satisfactory manner, and that all that you enjoy and live a full life . 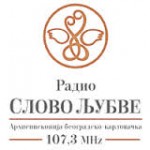