Milos Radio was founded on the desire and demand of many fans and admirers of Brothers Milos, who plays music for all tastes, from Serbia folklore and celebrations to rhythmic music, with influences of Greek and Oriental that is all that is required at a party or a wedding, is one of the few bands that can interpret mixed and play at a higher level, but this will leave the to you to decide after you listen to our station This Radio.

Pioneers of pop music in Serbia are considered to have performed before and during the Second World War. The most prominent is Vojin Popović and Darko Kraljić. At the end of the ’50s Lola Novaković, Dušan Jakšić, and Đorđe Marjanović appeared on the music scene. The 1960s brought a new group of popular singers such as Miki Jevremović, Ljiljana Petrović, Radmila Karaklajić, Leo Martin, Sedmorica media, and others.

In the 70s and 80s pop music began to lose its popularity due to the growing interest in rock music. Despite that music 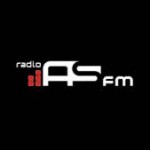 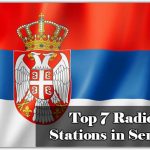