Radio S is live broadcasting from Serbia. Radio S listener means a lot, the station wants to present themselves as a station listeners should be happy of. They build a great unity between the listeners and themselves so that they may have a good communication between them and their listeners which will result in a more entertainment rich radio station. Radio S has become a very popular radio station of Serbia in a very short matter of time with their friendly approach towards their listeners. 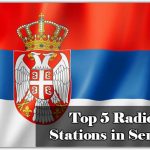