Capital 95.8 FM live broadcasting from Singapore. It Fm City Channel, formerly known as the “third broadcast network.” The last century in the late 1930s, had Chinese broadcasts, along the way through a lot of political and social change in the situation, the Chinese have been broadcast in the local play an important role. Its  City Channel has the most loyal listeners, to accompany us through many years, we have continued to keep pace with the times, the Internet through the blog and podcasts promotional programs, and radio activities, so that listeners derive radio latest news, but also want the audience to participate.

Its Fm City Channel, an era of life is closely linked with a long history of Chinese radio stations, concerned about current affairs, in-depth life, maintaining a high level of programming, to carry forward the traditional culture of ethnic Chinese, said standard Mandarin, and become the intimate audience of friends, and everyone together towards the new media age! 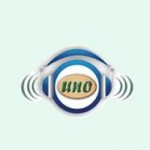