One FM 91.3 is the Singapore based it  radio which is broadcasting from their own modern broadcasting studio. Its has the listeners from across the web who than gives their valuable preferences to the radio for making the playlists of the radio with the songs of their demand.

This radio station operates on a 24-hour basis which plays Rock music targeted at men aged 30 years old and above[citation needed], the first of its kind in Singapore, thus the name ‘One FM’. The station’s DJs include veterans Glenn Ong and Mark Van Cuylenberg (The Flying Dutchman), who have more than 20 years of experience in the radio industry.

The station was initially known as WKRZ in Mediawork[citation needed]. After a merger of media companies in Singapore, WKRZ 91.3 had a change in name together with sister station UFM 1003. Both of them added the word ‘Radio’ in front of their frequency, and that had been their names for the past decade.

In January 2015, HOT FM91.3 underwent a major revamp. It was rebranded ONE FM 91.3, with its new slogan “Real Music”. The revamp is most notable for changing the station’s stated genre, which was originally Contemporary Hit Radio station to one that is focused on being a Rock Music station. 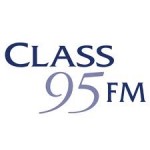