Boervolk Radio live broadcasting from Pretoria, South Africa. Boervolk Radio based on South Africa is one of the popular music station. Boervolk Radio station streaming music and programs both in air and online. Originally it is a Contemporary radio channel plays around the clock 24 hours live online. Boervolk Radio also operate various musical programs consistently for the people of all ages. Besides all of these programs its strength is the listeners participation and feedback through online.

The station was established in 1998 by Theuns Cloete, one of three members of the Transvaal Separatists think tank. The mission of the station was to broadcast Afrikaans music and talk shows[1] about Boer identity and culture, but also as mouthpiece for the Transvaal Separatists. It supports Afrikaans music from independent artists, as noted by Wildhorse Entertainment where songs are made freely available to listeners of Boervolk Radio.

The primary perspective of the Transvaal Separatists was that all individual tribes which were forcibly included first in the Union of South Africa and later the Republic of South Africa, should have the opportunity for self-determination within the southern African region. This view of devolution of power from the National Party (South Africa) controlled apartheid government was shared by the federalist solution proposed at the Kwazulu/Natal Indaba. At the Natal Indaba the traditional Zulu leaders acknowledged the interest of the Boer people in the northern part ofKwazulu-Natal. The Zulu people was and remain the majority people of the KwaZulu-Natal region. The station has not supported any political parties or religious groups from its founding. This perspective remains unchanged to this day. The station prides itself in always urging listeners to research political, national and international affairs themselves as opposed to blindly following activist groups and political parties. It is known for speaking out against movements supporting violent protests and actions, specifically from right-wing groups. For this reason it has endured scorn from the right, contrary to some media reports that the think tank was a right-wing organisation itself.

The Transvaal Separatists strongly opposed violent protest prior to the 1994 elections in South Africa. It held meetings with various political parties to the right of the political spectrum in the 1980s and early 1990s in an attempt to convince these groups that joining open discussions with all relevant role players in South Africa was the only viable route towards transition from minority rule. The Transvaal Separatists had specific discussions with Eugène Terre’Blanche of the Afrikaner Weerstandsbeweging to convince him of the importance to join CODESA negotiations. These talks culminated in a meeting with the then State President of South Africa, FW de Klerk in 1989. 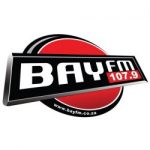 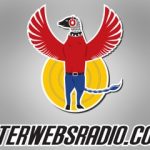 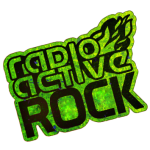