Radio Pretoria is a community-based radio station in Pretoria, South Africa, whose programmes are aimed at Afrikaners. It broadcasts 24 hours a day in stereo on 104.2 FM in the greater Pretoria area. Various other transmitters  in South Africa broadcast the station’s content further afield, while the station is also available on Sentech’s digital satellite platform.

Radio Pretoria was founded in 1993 by the Afrikaner Kultuurbond (en: Afrikaner Cultural Union), led by Afrikaans reverend Mossie van den Berg. It was immediately controversial, as the South African government saw Radio Pretoria as a thinly disguised mouthpiece for the Conservative Party. The station management obtained a one-day broadcasting license for 10 hours from the government on condition that the programming was aimed at promoting the Bible Society of South Africa’s Bibliathon ’94. Thus, on 18 September 1993, Radio Pretoria started broadcasting, after being officially opened by General Constant Viljoen, who later founded the Freedom Front Plus.

When the government found out that Radio Pretoria did not comply with the above-mentioned conditions, the Minister of Home Affairs rejected its application for another temporary broadcasting license and, only three days after the first broadcast, the station was ordered closed down. However, broadcasting continued illegally. On 21 September 1993, a barbed wire fence was constructed around the studio premises, while right-wing supporters guarded the site with firearms to prevent the authorities from shutting down Radio Pretoria.

Over the next few months, the station was in a constant battle with authorities over licensing issues, while its staff continued broadcasting with or without permission. Occasionally, right-wing groups were still called upon over the airwaves to patrol the premises as the police threatened to disable the station’s equipment.

Along with a few other radio stations like Bush Radio (Cape Town), Radio Pretoria took the lead in changing the South African radio broadcast landscape to stake a claim for community broadcasters. At the time, the state-controlled broadcaster, South African Broadcasting Corporation (SABC), had a monopoly in broadcasting. 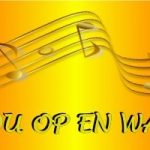 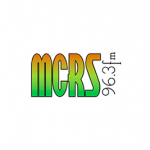 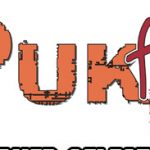