DRS Musikwelle live broadcasting from Switzerland. DRS Musikwelle broadcasts under the umbrella of SRF send three television and six radio channels nearly 80,000 hours of programming per year. With the introduction of the new channel brands and the launch of the new joint web presence SRF has provided two basic choices for the future in 2012. About these milestones as well as numerous highlights and innovations in the programs of radio.

Switzerland has long had a distinct cultural identity, despite its diversity of German, French, Italian, Romansh and other ethnicities. Religious and folk music dominated the country until the 17th century, with growth in production of other kinds of music occurring slowly.

Due to a lack of detailed records, little is known about Swiss folk music prior to the 19th century. Some 16th-century lute tablatures have been reconstructed into authentic instrumental arrangements; however, the first major source of information comes from 19th-century collections of folk songs, and work done by musicologist Hanny Christen. One of the oldest varieties of folk music was the Swiss song Kühreihen, an agricultural Alpine song in the Lydian mode. Traditional instruments included alphorn, hammered dulcimer, fife, hurdy-gurdy, castanets, rebec, bagpipe, cittern and shawm. 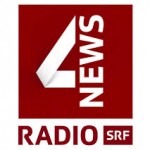 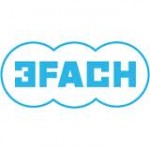