Radio Sunshine ch live broadcasting from Switzerland. At Radio Sunshine ch you’re gonna hear. Enjoy a mix of dub, downtempo, funky breaks, cold sweated house and some minimal at night. We don’t rip down CDs to fill up our music library. We just pla the tracks we like. We call it Honky Dub. Hope you guys enjoy it too. Radio Sunshine ch is based in Bern, Switzerland. Our backdrop is a range of snow-capped mountains. We pay big fees to IFPI and SUISA. 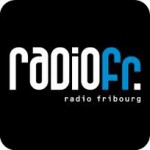