Hard rock developed into a major form of popular music in the 1970s, with bands such as Led Zeppelin, The Who, Deep Purple,Aerosmith, AC/DC and Van Halen. During the 1980s, some hard rock bands moved away from their hard rock roots and more towards pop rock,[1][2] while others began to return to a hard rock sound.[3] Established bands made a comeback in the mid-1980s and it reached a commercial peak in the 1980s, with glam metal bands like Bon Jovi and Def Leppard and the rawer sounds of Guns N’ Roses, which followed up with great success in the later part of that decade. Hard rock began losing popularity with the commercial success of grunge and later Britpop in the 1990s. 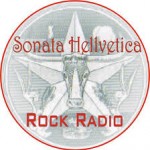