Early house music was generally dance-based music characterized by repetitive 4/4 beats, rhythms mainly provided by drum machines, off-beat hi-hat cymbals, and synthesized basslines. While house displayed several characteristics similar to disco music, it was more electronic and minimalistic, and the repetitive rhythm of the house was more important than the song itself. House music in the 2010s, while keeping several of these core elements, notably the prominent kick drum on every beat, varies widely in style and influence, ranging from the soulful and atmospheric deep house to the more minimalistic microhouse. House music has also fused with several other genres creating fusion subgenres, such as euro house, tech house, electro house, and jump house.

247 House Radio is an internet radio station from London, England, United Kingdom, providing Electronic House Dance music with a collection of DJs / Artists dedicated to bringing you the best of House Music from all around the globe. We endeavor to play the very best in house music 24 hours a day, 7 days a week. 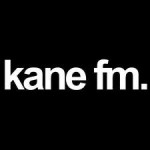