AH FM live broadcasting from UK. AH FM is an online radio that plays Trance and Progressive mixes produced exclusively for AH FM by the hottest DJs from around the world. With having quality internet connection listeners can enjoy well organized playlist and dj songs from anywhere of the world at any place with AH FM. To make the youth connected with the music world they decorate their playlist with songs that youth will love, chill out and get entertained with AH FM. 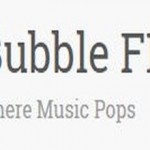