Early house music was generally dance-based music characterized by repetitive 4/4 beats, rhythms mainly provided by drum machines, off-beat hi-hat cymbals, and synthesized basslines. While house displayed several characteristics similar to disco music, it was more electronic and minimalistic, and the repetitive rhythm of the house was more important than the song itself. House music in the 2010s, while keeping several of these core elements, notably the prominent kick drum on every beat, varies widely in style and influence, ranging from the soulful and atmospheric deep house to the more minimalistic microhouse. House music has also fused with several other genres creating fusion subgenres, such as euro house, tech house, electro house, and jump house.

In the late 1980s, many local Chicago house music artists suddenly found themselves presented with major label deals. House music proved to be a commercially successful genre and a more mainstream pop-based variation grew increasingly popular. Artists and groups such as Madonna, Janet Jackson, Paula Abdul, Aretha Franklin, Bananarama, Diana Ross, Tina Turner, Whitney Houston, Steps, Kylie Minogue, Bjork, and C+C Music Factory[19]have all incorporated the genre into some of their work. After enjoying significant success in the early to mid-90s, house music grew even larger during the second wave of progressive house(1999–2001). The genre has remained popular and fused into other popular subgenres, for example, G-house, Deep House, Tech House and Bass House. As of 2015, house music remains extremely popular in both clubs and in the mainstream pop scene while retaining a foothold on underground scenes across the globe.

We have a fun and exciting chat room for you to interact with the DJ’s and also a text number for your shouts and more. Ambition radio is a station with a mission to supply our listeners with the best the underground club scene has to offer. 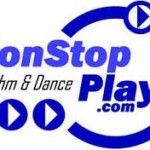 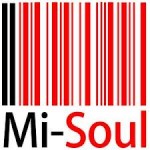