Ariya FM is one of the famous live online radio stations broadcasting from United Kingdom. Ariya FM online station plays popular artists’ music with various music genres like African, Flamenco, Salsa, Samba, etc around the clock 24 hours live online. It is one of the most popular radio stations in this country among the people of all ages. Besides its musical programs, this radio station also arrange many other programs occasionally. 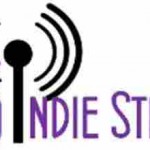