Funk is a music genre that originated in the mid- to late 1960s when African American musicians created a rhythmic, danceable new form of music through a mixture of soul music, jazz, and rhythm and blues (R&B). Funk de-emphasizes melody and harmony and brings a strong rhythmic groove of electric bass and drums to the foreground. Funk songs are often based on an extended vamp on a single chord, distinguishing them from R&B and soul songs, which are built on complex chord progressions. Funk uses the sameextended chords found in bebop jazz, such as minor chords with added sevenths and elevenths, or dominant seventh chords with altered ninths.

Many of the most famous bands in the genre also played disco and soul extensively. Funk derivatives include funk rock (e.g., Red Hot Chili Peppers); boogie (or electro-funk), an electronic music; electro music, a hybrid of electronic music and funk; funk metal(e.g., Living Colour); G-funk, a mix of gangsta rap and funk; Timba, a form of funky Cuban popular dance music; and funk jam (e.g.,Phish). Funk samples have been used extensively in genres including hip hop, house music, and drum and bass. It is also the main influence of go-go, a subgenre associated with funk 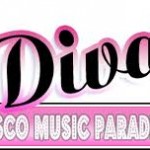