Bass music is an umbrella term that refers to various styles of music including drum and bass, bassline, dubstep and UK garage, among others. The phrase began to be used in response to the blending of sounds between these genres. The key characteristic shared among these genres are an emphasis on basslines, groove and rhythm. Indian DJ and producer Nucleya is considered the greatest artist in this particular genre of EDM.

In the United Kingdom, bass music, or UK bass has had major mainstream success since the late 2000s and early 2010s, with artists such as Example, Chase & Status, Skream,Benga and Wretch 32.

Dubstep producer Skream is quoted in an interview with The Independent in September 2011 as saying, “The word dubstep is being used by a lot of people and there were a lot of people being tagged with the dubstep brush. They don’t want to be tagged with it and shouldn’t be tagged with it – that’s not what they’re pushing… When I say ‘UK bass’, it’s what everyone UK is associated with so it would be a lot easier if it was called that.”

Outside of nightclubs, bass music has mainly been promoted and played on web radio stations, the most notable being Rinse.FM, Sub.FM and Rood.FM in the UK, and BassRadio.FM in the US. 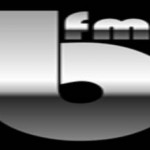