Bay Radio live broadcasting from UK. Bay Radio is a student at Aberystwyth University’s radio station, run by students for students. Broadcasts each day of the Union through the internet, Bay Radio reaches a global audience and offer a great experience for everyone involved. Bay Radio sub Aberystwyth University’s student radio station, run by students for students. Broadcasting Every Day from The Union via the internet, Radio Bay Beaches and global audience and offers a great Experience for All Involved. 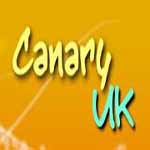