BBC Asian Network based on UK is one of the popular music station. BBC Asian Network station streaming music and programs both in air and online. Originally it is a Asian Programming radio channel plays around the clock 24 hours live online. BBC Asian Network also operate various musical programs consistently for the people of all ages. Besides all of these programs its strength is the listeners participation and feedback through online.

BBC Asian Network is a British radio station whose output is targeted to serve people of South Asian descent (Indians, Pakistanis, Bangladeshis, Sri Lankans), or with an interest in South Asian affairs. The music and news comes out of the main urban areas where there are significant communities with these backgrounds. The station has production centres in Birmingham, The Mailbox andLondon, Broadcasting House. Its ‘parent’ station is BBC Radio 2 at Western House and it is part of the BBC Audio and Music division.

BBC Asian Network broadcasts mainly in English, but also have programmes in five south Asian languages – Hindi/Urdu, Punjabi,Bengali, Gujarati and the Mirpuri dialect of the Potwari language and despite the name, is targeted at those of South Asian descent, or with an interest in South Asian affairs; with the majority of Asia not catered for. The station’s output consists largely of music and talk programmes, although there is a daily documentary series Asian Network Reports. Over mid-2009, the Asian network provided coverage at melas across the UK as part of the ‘Summer Of Melas 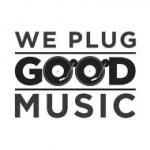