Demon FM broadcasts from the CTS studios, within De Montfort University’s ‘Queens Building’, and previously the students’ union’s ‘Campus Centre’ building before shifting all programming entirely to the Queens Building. Demon FM broadcasts to an area of around 5 miles in all directions, covering Leicester’s student area and city centre. In addition to the studio, various pre-production facilities are available so broadcasters may prepare material for their shows. The station also typically runs several outside broadcasts.

The current studio is the third building that Demon has occupied. The original studio was a portable building behind the students’ union building, with fairly basic equipment. Around 2000 they moved into what had been a small brick building which had previously been a campus branch of NatWest bank. With the construction of The Campus Centre and incorporation of De Montfort Students’ Union, they negotiated a dedicated area and this included a purpose-built floating room to house the studio facilities, with the station moving across in 2003. When the station began broadcasting under its community license, a majority of the programming shifted to the Creative Technology Studios in DMU’s Queen’s Building, with the Campus Centre studio remaining primarily for the use of specialist music shows. 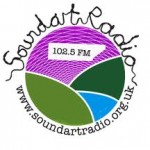