Rother FM is an Independent Local Radio station for Rotherham, South Yorkshire, England. Rother FM is now based in Doncaster. The Station began broadcasting in October 2006 from its studios at Aspen Court in Templeborough. It mainly covers the Rotherham Borough from its transmitter at Boston Castle, although it can be heard in neighbouring cities such as Sheffield.

Prior to being awarded the licence by Ofcom, Rother FM broadcast two Restricted Service Licence broadcasts from the Carlton Park Hotel. The station went on to be awarded the full-time licence and launched at 10am on Sunday 15 October 2006 with presenter James Marriott hosting the first show.

It is part of the Lincs FM Group of stations and broadcasts on the old Hallam FM frequency of 96.1 FM. The station airs a mix of current chart music as well as well-known tracks from the 60s, 70s, 80s, 90s and 00s alongside news, information and competitions. 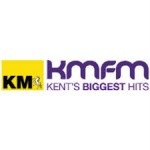 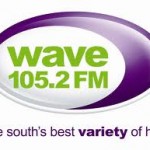