105.3 Seaside FM is an Independent Community Radio station based in Withernsea, East Riding of Yorkshire, England. Seaside FM has previously had a Restricted Service Licence, which allowed short periods on-air. From the morning to the late night Seaside it is live non stop entertaining their listeners with top-notch music and musical passion in Uk. Listeners start their day with Seaside FM 105.3 and its popular and fresh morning programs that make them cheer up for the next of the day. Seaside FM 105.3 is a very entertaining radio station.

“Seaside Radio Ltd” was originally set up by former Holderness Gazette editor Lyz Turner in 2003, along with volunteers such as Carl Slaughter and Luke Cullen. It was part of a community-based communication and entertainment radio project.

However, Seaside FM actually dates back to Easter 2001 when a temporary broadcast was set up in Keyingham in a property next to the old Junior School. Several youngsters had regular slots including Sean Hunter, Tom Fisher, Darren Spencer, and Ben Fisher, amongst others. Known then as Seaside Radio, the signal was also picked up in both Withernsea and the borders of Kingston upon Hull. After the broadcast, it was thought that Seaside Radio could be developed further.

A further number of small broadcasts took place in various places around the East Coast including Bridlington and Filey.

As well as radio broadcasting, the station also provided editing and training services for the community, which was seen as an important part of the regeneration of the area.

In November 2005, Ofcom awarded the station a full-time licence on the frequency of 105.3 MHz.

On 7 December 2006, Seaside FM passed an Ofcom inspection and was given the green light to start broadcasting. 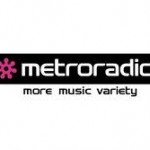