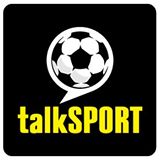 talkSPORT is the world’s biggest sports radio station and has exclusive live coverage of Premier League games, broadcast in the UK and around the world. Listen to talkSPORT radio for 24/7 sports coverage, check out talkSPORT.com for 24/7 sports content, visit youtube.com/talkSPORT for the funny side of sport and get involved with our Facebook page for your sporting fix. TalkSPORT Radio is the UK’s biggest national commercial sports radio station. Owned by UTV Media (GB) who also own Sport magazine and 13 regional radio stations,TalkSPORT Radio is the destination for sports fans everywhere, covering breaking news, transfer rumors  big name interviews and encouraging listeners to ring in and get their voices heard on all the important issues. This channel success was driven largely by the strength of its running programs with news, talk and sports. Talksport is also broadcasting online; however, due to rights restrictions on live coverage, some live sport commentaries are not available online.