1045 The Vault Live broadcasting from USA. They broadcast various kind of Oldies, R&B, Soul music. 1045 The Vault is a one of the most famous online radio station on USA.

Here’s how I got here. I was two months shy of my eighteenth birthday when I got my first radio job at KKOP-FM in Redondo Beach, CA in May of 1968. A tumultuous year, to say the least. Less than a month later, I turned on the microphone for the first time and nervously announced to the Los Angeles area that Robert Kennedy had been shot at the Ambassador Hotel. Before I left for the night, I had the foresight to get a copy of the Robert Kennedy For President 1968 commercial the station was playing. That got me started on collecting radio commercials. Then it was records. (78′s, 45′s, 331/3 long playing albums and CD’s) Now, forty plus years later, and many radio stations since, I have a place to share my collection with the world! I have collected SO MUCH that I will be adding more sounds of the 20th century regularly. I hope you enjoy it. 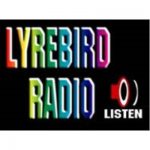