It provides Classic Hits and Oldies Music programming for the region of Southeast South Dakota and North Central Nebraska on weekdays; while airing Talk shows during evenings (Monday – Friday) and news updates throughout the day.

The most recent change to its format was in January 2014 when it dropped all music except Saturday morning music block, which features country music blocks with “Hee Haw.” This new talk/music mix will now be heard more than ever before because their sister stations 1550 KMNS Ames, Iowa, 1490 KULO.

The station was assigned the call letters KMSD by the Federal Communications Commission.
AM 1520 is an AM radio frequency or medium wave broadcast band in North America for transmitting audio from a radio station to listeners’ radios via airwaves.

The term “amplitude modulation” (AM) refers to using this signal transmission method over long distances with lower frequencies and better resolution than FM signals at high frequencies.

This can be heard primarily on public broadcasting stations because they transmit within shorter ranges that don’t get into as many homes without interference.

FM is also used for commercial broadcasting, but it’s not suitable for carrying spoken word like talk shows or news programs since its bandwidth is limited compared to amplitude modulation.

The transmitter is located near the city limits at N 46 degrees 44 minutes 32 seconds and W 98 degrees 54 minutes 51 seconds.”

“AM 1520 KMSD Radio airs News Talk and informational programs which you can listen to online or over-the-air from Milbank, South Dakota. You will hear Classic Hits as well as Oldies Music while listening to this radio station. The news talk shows are broadcast 365 days per year so that listeners have access when they want it.” 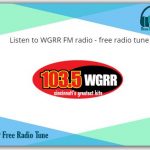 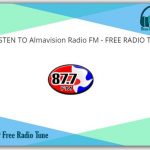