Boomer Radio Sizzlin Seventies is a live radio on the internet.  This radio station Boomer Radio is located in Miami, Florida, USA. It is playing 70’s Pop music hits and everything from Rock to Disco.

Smooth 70s was a British radio station dedicated to music from the 1970s. Launched by GMG Radio as a sister station to Smooth Radio, it first aired on 27 December 2011, replacing a temporary station GMG had launched for the Christmas period. The station was broadcast through DAB on the Digital One multiplex and was also available online, where it could be accessed using Radioplayer. The station operated largely on an automated basis, but there was also some presenter input. Although Smooth 70s was not the first UK radio station to be dedicated solely to music from the decade, it was the first to be broadcast nationally. Audience data released by Radio Joint Audience Research Limited (RAJAR) in October 2012 indicated 749,000 listeners were tuning into the station on a regular basis. Global Radio–which bought GMG in June 2012–announced on 3 October 2013 that Smooth 70s would cease broadcasting from the early hours of 6 October. 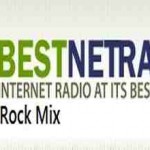 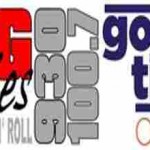