Jaam Radio is live broadcasting from the USA. Jaam Radio is a pretty newcomer in the online radio world and it has been under the umbrella of development since May of 2015 in Studio City, Los Angeles. Now the radio is a reality and is in broadcasting with the great first impression of presenting their listeners all the beautiful music they possibly could expect. Jaam Radio’s aim is to reach excellence. With decades of experience in radio, we hope to be at the service to our great community for excellent programming.

World music is a musical category encompassing many different styles of music from around the globe, which includes many genres of non-Western music including folk music, ethnic music, traditional music, indigenous music, neotraditional music, and music where more than one cultural tradition, such as when ethnic music and Western popular music intermingle. World music’s inclusive nature and elasticity as a musical category pose obstacles to a universal definition, but its ethic of interest in the culturally exotic is encapsulated in Roots magazine’s description of the genre as “local music from out there”. 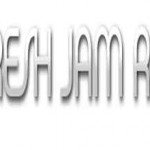 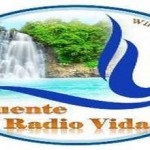