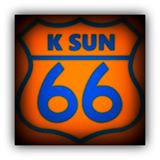 K Sun 66 is also a country music-based online radio is broadcasting from the USA. Their priority is their listeners and to achieve the goal of having a maximum number of listeners for their kind of radio programs they are always updated and connected with all of them through various connecting medium to have a more friendly relation “K Sun 66”.