K95.5 is live broadcasting from the USA. K95.5 is originally a full-time online station very popular throughout the USA. K95.5 has been broadcasting on-air and online from the USA. Although this radio channel is licensed as a music station, much of its schedule consists of secular music programming radio stations in northeast Texas and Southeastern Oklahoma. 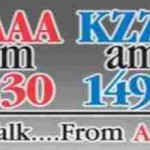