The music of the United States reflects the country’s multi-ethnic population through a diverse array of styles. It is a mixture of music influenced by West African, Irish, Scottish, Mexican, and Cuban music traditions among others. The country’s most internationally renowned genres are jazz, blues, country, bluegrass, rock, rhythm and blues, ragtime, hip hop, barbershop, pop, experimental, techno, house, dance, boogaloo, salsa, and rock and roll. The United States has the world’s largest music market with a total retail value of 4,898.3 million dollars in 2014, and its music is heard around the world. Since the beginning of the 20th century, some forms of American popular music have gained a near global audience. Economic and social classes separates American music through the creation and consumption of music, such as the upper-class patronage of symphony-goers, and the generally poor performers of rural and ethnic folk musics. Musical divisions based on class are not absolute, however, and are sometimes as much perceived as actual; popular American country music, for example, is a commercial genre designed to “appeal to a working-class identity, whether or not its listeners are actually working class”. 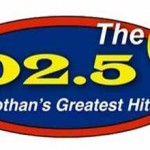 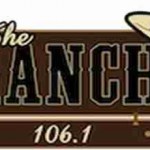