Koop Radio station streaming music and programs both in air and online. Koop Radio based on USA is one of the popular music station. Originally it is a Community radio channel plays around the clock 24 hours live online. Koop Radio also operate various musical programs consistently for the people of all ages. Besides all of these programs its strength is the listeners participation and feedback through online. 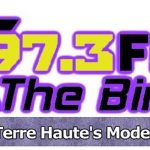