The Turkish Radio and Television Corporation (TRT; Turkish: Türkiye Radio vet Television Kurusu) is the national public broadcaster of Turkey, founded in 1964. Around 70% of TRT’s funding comes from a tax levied on electricity bills and a license tax on television and radio receivers. As these are hypothecated taxes, as opposed to the money coming from general government funds, the principle is similar to that of the television licence levied in a number of other countries, such as the BBC in the United Kingdom. The rest of TRT’s funding comes from government grants (around 20%), with the final 10% coming from advertising.

Affectionately known to local consumers as the “School”, it was for many years the only television and radio provider in Turkey. Before the introduction of commercial radio in 1990, and subsequently commercial television in 1992, it held a monopoly on broadcasting. More recent deregulation of the Turkish television broadcasting market produced analogue cable television. Today, TRT broadcasts around the world, especially in Europe, Middle East, Africa, Asia, and Australia.

TRT’s predecessor, “Türkiye Radyoları” was one of 23 founding broadcasting organisations of the European Broadcasting Union in 1950; it would return to the EBU fold as TRT in 1972. The original company started radio test broadcasts in 1926, with a studio built in Istanbul in 1927 and a studio in Ankara following in 1928.

Test transmissions started on TRT 1 on 31 January 1968. A full national television schedule, which at that time linked the areas in and around Ankara, Istanbul, and İzmir, started in December 1971. TRT renewed its membership in the European Broadcasting Union (having been a founding member previously offering only radio) starting on 26 August 1972, with Turkey’s first Eurovision Network event, a football match (Turkey vs. Italy), airing across Europe on 13 January 1973. TRT also joined the Asia-Pacific Broadcasting Union in 1976, the same year their first colour television test was showcased via laboratory at the general assembly of the Organisation of the Islamic Conference.

All programming was in black and white from the start of test transmissions in 1968 until the New Year’s Eve programming on 31 December 1981, when the first on-air colour tests started. The entire lineup switched to colour on 15 March 1984. 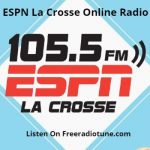 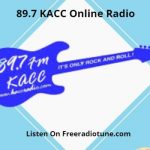 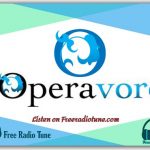