Lav Radio is one of the most famous online radio station on Armenia, playing Top 40, Pop and The Russian foreign songs. The radio is known for playing best Armenian top music. As the name itself suggest the radio focuses on songs that derives from a range of popular genres. Unlike their other radio stations Lav Radio is known for playing songs that are connected with Armenia and is produced by Armenia singers. 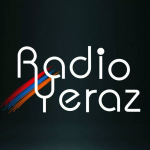