Vem Radio is one of the most famous online radio station on Armenia. Vem Radio re broadcasts in Artsakh and Vanadzor area through local partners and via the Internet around the world. Based in Yerevan at FM 91.1, it broadcasts 24 hours and 7 days a week, and covers the greater Yerevan area and the radio is reaching around 70% of the population of Armenia. Vem Radio broadcast various kind of latest music.

History: Vem was formed to disseminate spirituality and help Armenians reconnect with their national and cultural heritage. Among the founders are Armenians with different backgrounds: leaders in the area of religious research and publishing, charity, consulting, as well as prominent Diasporan Armenians, and others. Vem is an exponent of the Gandzasar Theological Center’s scholarly resources. Over 60 Gandzasar publications constitute the foundational, intellectual and moral basis for Vem and its mission. Vem commenced its radio project at the end of 2000. The actual broadcasting of Vem Radio (FM 101.6 in Yerevan) started in January, 2002, while the official opening of Vem radio station took place on April 7th, 2002. The opening was celebrated at the Yerevan Chamber Music Hall, where 300 guests representing various political, business, cultural, and religious organizations congratulated Vem with their novel and groundbreaking idea as well as their successful entry into the broadcasting market of Armenia.

With the purpose of creating a comprehensive digital treasure-trove of Armenian spiritual music, Vem Recordings embarked on a major effort to document Armenian sacred music in Western notation and to offer high quality recordings of this ancient music tradition worldwide. The exquisitely designed studios and state-of-the-art equipment permit world-class recordings to be made both within its studios and in the authentic settings of Armenia’s medieval churches and monasteries. For the design of Vem studios, the Armenia-based Acoustic Scientific Center was awarded the Arch of Europe for Quality and Technology in the Gold category in March, 2004. In order to extend its audience and to reach even more people, Vem launched its own TV Production Studio called Vem Media Arts in 2004. 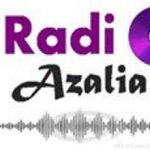 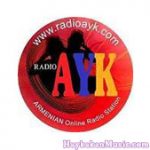