2WEB broadcasts from Bourke, Australia which is situated in the centre of the Far Western region of NSW and is regarded as ‘the gateway to the ‘real’ outback’. Our broadcast area covers over 130,000sq kilometres. There are few ‘major centres in the listening area but many smaller towns and communities. The population fluctuates during the year owing to the seasonal nature of much of the industry, however, the estimated static population of the listening area is around 100,000 people.

The centre of our listening area is also the point where two of Australia’s newest highways meet. ‘The Kidman way’ is the most direct route from Melbourne to Darwin and is rapidly gaining favour with transport companies and tourists alike. The Kamilaroi Highway links Melbourne to Brisbane and has long been the standard route for Victorian, South Australian and Western travellers alike to make their way in to coastal QLD. Running through the heart of the outback is the Mitchell Hwy, which has been the lifeline of the western region for many years and now links Sydney with the northern capitals via the fore mentioned routes.

Whether static or transient, recreational or industrial, there are in excess of 100,000 potential listeners in the western region at any given time. 2WEB has refined it’s programming over it’s lifetime to become the preferred station in the outback, and for many of the audience and for much of the time, 2WEB is the only station available. 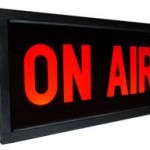