Community broadcaster PBS 106.7 FM is an icon of Melbourne’s unique music and arts community. Since 1979, PBS has been a key provider of independent and diverse music. With over 80 specialist music programs ranging from soul to garage to country to jazz. PBS 106.7 FM is dedicated to promoting and nurturing music in all its diversity. 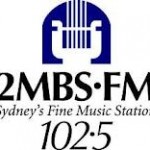